Get fresh music recommendations delivered to your inbox every Friday.
We've updated our Terms of Use. You can review the changes here.

The Worst Album Ever Recorded 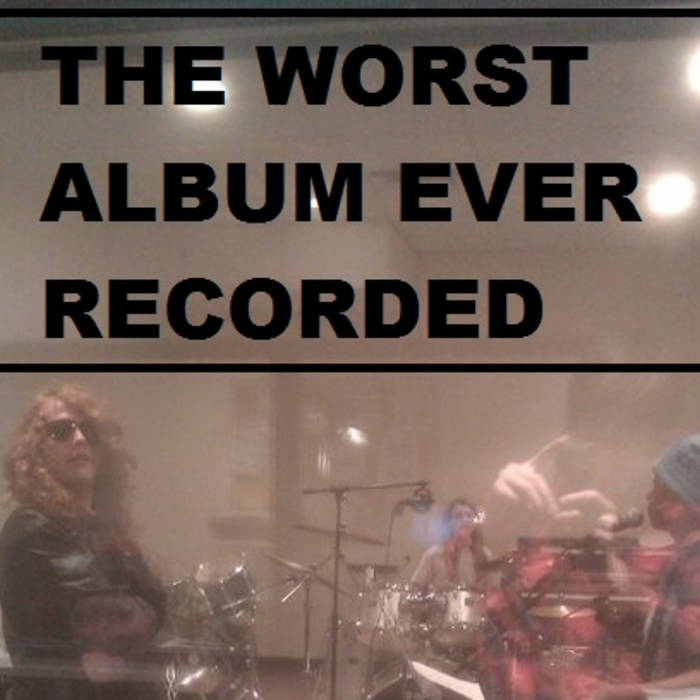 As far as I'm concerned, my "career" as a recording artist begins on November 16, 2010. That was the day I met Detrell Smith, now the guitarist for Other Band. My only contact with him previously was handing him his student ID when he'd left it in the jam room of United Action for Youth Center. I was 15, a year older than my new friend, and I was very much a different person when I walked in that center that day than I am as I type this story up. At some point that day, as me and Detrell got to know eachother, I played him a song I had written during the summer called "I'm Mental". He absolutely loved it, and by the end of the day had roped me into a recording session he had booked at UAY's recording studio to sing the song.

At the session, held on January 23, 2011, me, Detrell and a kooky drummer by the name of Max Bills formed The Tea Party Fascists, deciding on the name after doing three songs. One of course was "Mental", the other two were covers not included here for copyright reasons (Ramones "Blitzkrieg Bop" and Briefs' "Poor and Weird"). By the time it came to do our second recording, two months later, the name had been changed to The No and we'd gained a bassist called Martin Herrera. It would prove to be our last session as a band. We never did anything beyond these recordings.

And the recordings were absolutely laughable. The first session with Max & Detrell was the first thing I had ever done at all with a band, and it showed. Max later told me he was basically playing drums for the first time, and it shows. And session number two...oh my god we were fucking awful. Martin could barely play bass at the time, and we all recorded in the same room with no headphones or anything so we were off-time, off-key, out-of-tune, everything wrong. My vocals sound like a musically inept 15-year-old trying to do a David Byrne thing, because I couldn't hear a word I was singing. Max could not keep the slightest thing resembling time on an awful tune I had written called "My Back Seat", a "raunchy" garage-rocker that I thought was oh-so-sexy and rebellious. It was actually one of the worst songs I ever wrote. Worse yet was the thankfully omitted butchery of Lou Reed's "Waiting for the Man".

For all the hideously poor quality of this session, one track would point ahead to the future of my three bandmates. Dissatisfied with the non-punk "Back Seat", two of them had already formed a side-project known as Other Band, and had written a tune called "What?" that they decided to record with The No. I had to coerce myself at the eleventh hour to play shitty rhythm guitar on the recording. It would turn out to be the first song from a band that would establish itself quite well on its own when it was no longer the "other" band for them.

The No broke up less than two weeks after the second session, when Detrell quit and I called a halt to the whole thing because to me he was the heart of the band, terrible though it may have been. Martin was undecided as to whether or not he wanted to join Other Band, and I actually (for approx. five minutes) had the hilarious delusion that me and him would team up with Max Friedman and Gabe Basile from the local band The Projectors to form an Iowa City punk supergroup. It of course never came to fruition, and the bassman joined Max & Detrell.

Why, you might ask, am I uploading such atrocious music to this wonderful site? Well, I'm not charging anything for it for a good reason; this is merely an amusing bit of historical artifact for both SFW and Other Band that you can play right before "Annie's Fed Up" and "Al Capone", marveling at how far we've come in less than two years since the days of The No. Enjoy or die.